NeoFPS comes with a number of sample assets to demonstrate features and provide refererence for your own implementations. 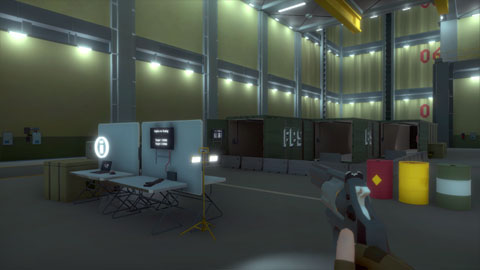 The demo facility is an early stages demo that is intended to grow with NeoFPS. As more features are added it will be expanded into a small demonstration of a story driven FPS' game mechanics.

In this version it contains a firing range and a number of environment elements. 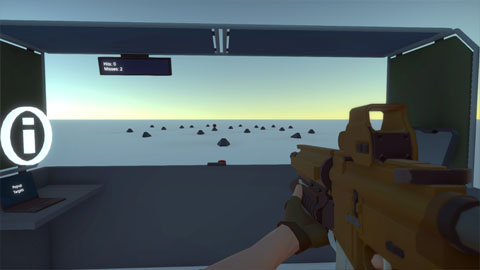 The firing range demo features 4 ranges to experiment with the weapons in NeoFPS: 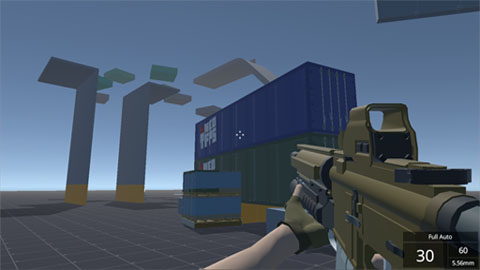 The parkour demo uses a custom motion graph that is set up to show off the parkour features of NeoFPS, and provides an obstacle course to try it out in. The scene has obstacles to demo: 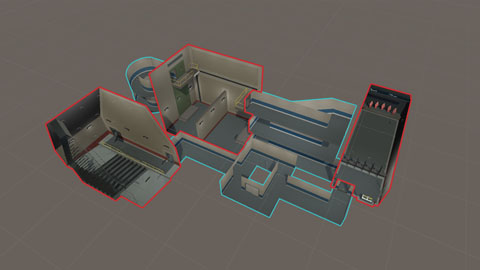 The multi-scene saves demo uses multiple scenes to split a level up into parts that are streamed in/out on demand. The save game system is then used to store the contents of each sub-scene when unloaded and recreate them when the sub-scene is loaded back in. 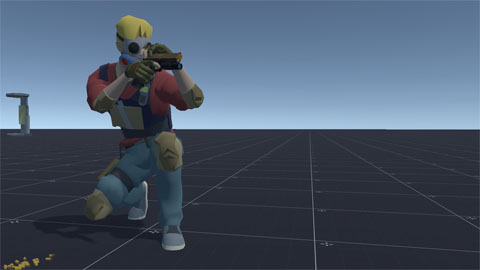 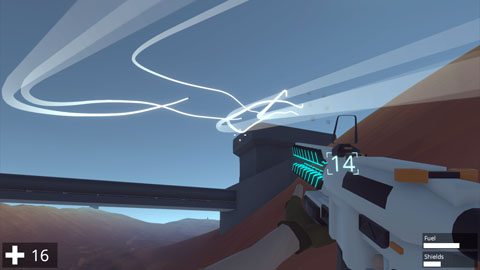 The jetpacks and guided missiles puts you in control of a character with tribes inspired movement including jetpacks, skiing and aim-hover. You also have a shoulder mounted missile launcher which can lock onto up to 6 targets at once using the ability button. 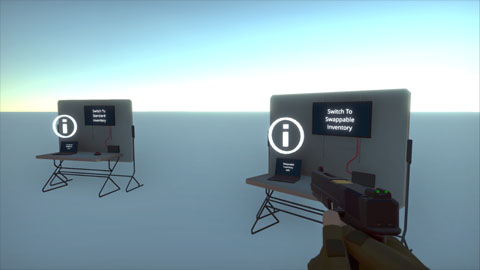 The inventories demo comprises 3 scenes with a different inventory type in each. Use the scene switch buttons to switch to the other scenes and compare. 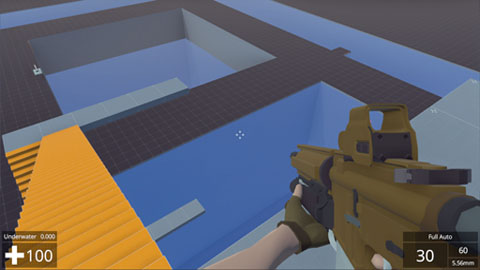 The swimming demo uses a custom motion graph that is set up to show off one implementation of swimming in NeoFPS. It has a number of water zones to demonstrate features like moving surface heights, flow, and changing depths. 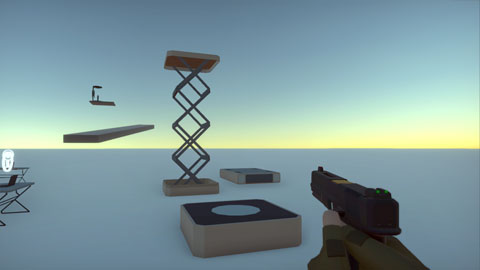 The moving platforms demo features a number of moving and rotating platforms, including complex rotations and waypoint based platforms. 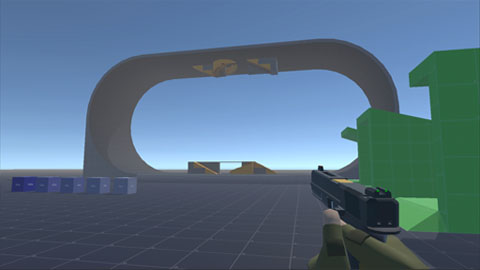 The NeoCharacterController demo shows some of the features of the NeoFPS character controller including pushing rigidbodies, variable gravity, and slope effects. 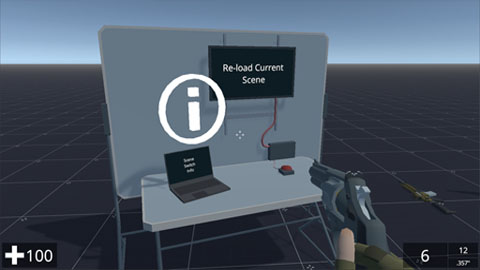 The persistence demo shows how the NeoFPS save system can be used to persist data like character health and inventory across scene changes. 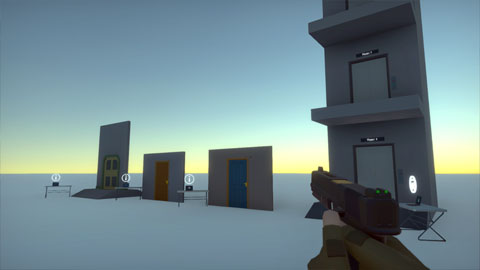 The doors demo features the main door types in NeoFPS. It is worth exploring the scene hierarchy and tweaking values in the door behaviours to see what happens. The demo also contains a number of locked doors to demonstrate how the locks system works. This includes: 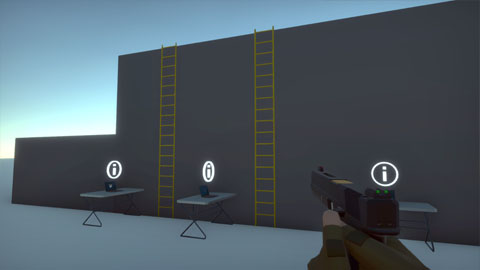 The ladders demo features the main ladder types for comparison and experimentation. For consistency across a project, a number of the properties that affect ladder climbing are accessible through the relevant motion graph states instead of the ladders themselves. 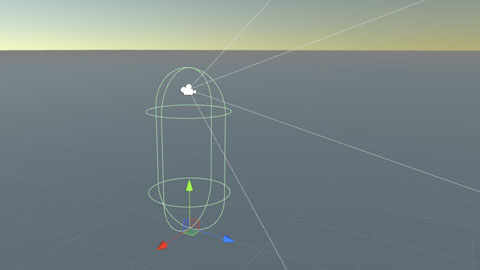 The minimal character demo uses a character that is stripped down to only the fundamental features of NeoFPS: movement and aim. It serves as an example of how you can pick and choose which features of NeoFPS to make use of and acts as a bare minimum foundation to build on using either NeoFPS' solutions, third party solutions, or your own custom solutions.